The latest worldwide average death rate is 82 per one million people, up from 63 four weeks ago. Figures are from the European Centre for Disease Prevention and Control situation report to Saturday 4th July. Here’s the updated list of countries with death rates more than twice that average:

Death rates are the best measures of a national government’s effectiveness, because in many countries with poor pandemic management, the total number of cases is severely under-reported. From these results, it is clear that many nations which put business ahead of evidence-based health advice have higher death rates.

Some nations with lower death rates have also benefited from being able to learn from nations hit earlier, or due to low visitor numbers from China. Others had established pandemic testing expertise and/or social isolation cultures for influenza, and possibly better immune profiles yet to be understood.

The second table below shows nations with death rates already above the worldwide average ranked by percentage increase in the last two weeks, to highlight those governments whose current pandemic management is not proving effective:

The long term picture is still unclear. These results will be revised every second weekend, or you can view a chart and add your own selection of data and countries at this link: Ourworldindata.org 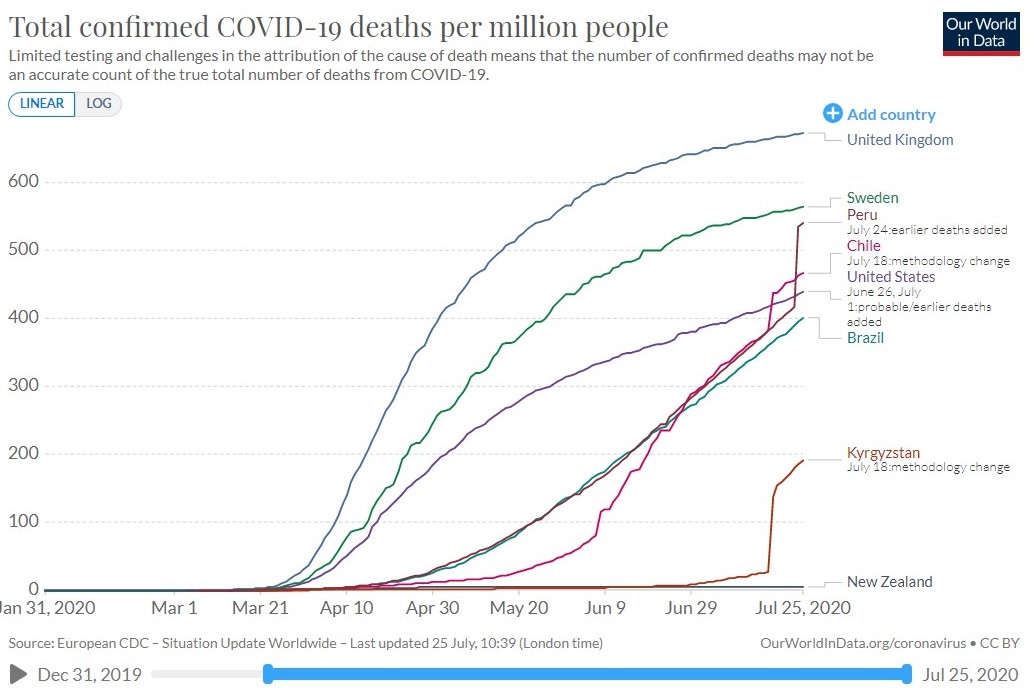 Under-reporting of rest-home deaths in the UK have now been revised, but many other nations will never report accurate totals. Citizens there will get an indication of trend from public statistics, but must judge the true scale of deaths from community and hospital experience. However, post-pandemic statistics on unexplained changes in national death rates will reveal the extent of under-counting in the next year or two.

Full table for all countries below: