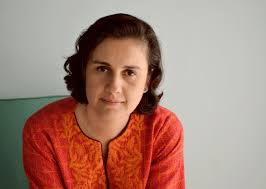 Kamila Shamsie, author of six novels including “Home Fire”, was interviewed on Radio New Zealand after the Christchurch mosque murders. Home Fire is the story of a British Muslim family’s connection to Islamic State, won the Women’s prize for fiction and was described by the judges as “the story of our times”.

In a wide ranging and inciteful discussion, she describes her research of terrorist propaganda prior to writing the book, noting that the main themes were not an appeal to violence but sense of belonging, nation building, the welfare state, brotherhood, freedom to worship your religion without being looked down on.
“That made me understand better. I haven’t written a book about far-right nationalism, so I haven’t seen the equivalent thing, but I imagine the propaganda there is also very smart and skillful.

But people who are drawn into these kinds of worlds, to begin with, particularly children, you know because 16, 17, 18 year olds these are children, and they’re very easily led, and I think if we are to deal with this problem we have to look at this problem, we have to look at what is being done to lure people in, what are the vulnerabilities within them, that are being used to target them. I think its the only sensible thing to do.