Review: “The Production of Money: How To Break The Power Of Bankers” Ann Pettifor 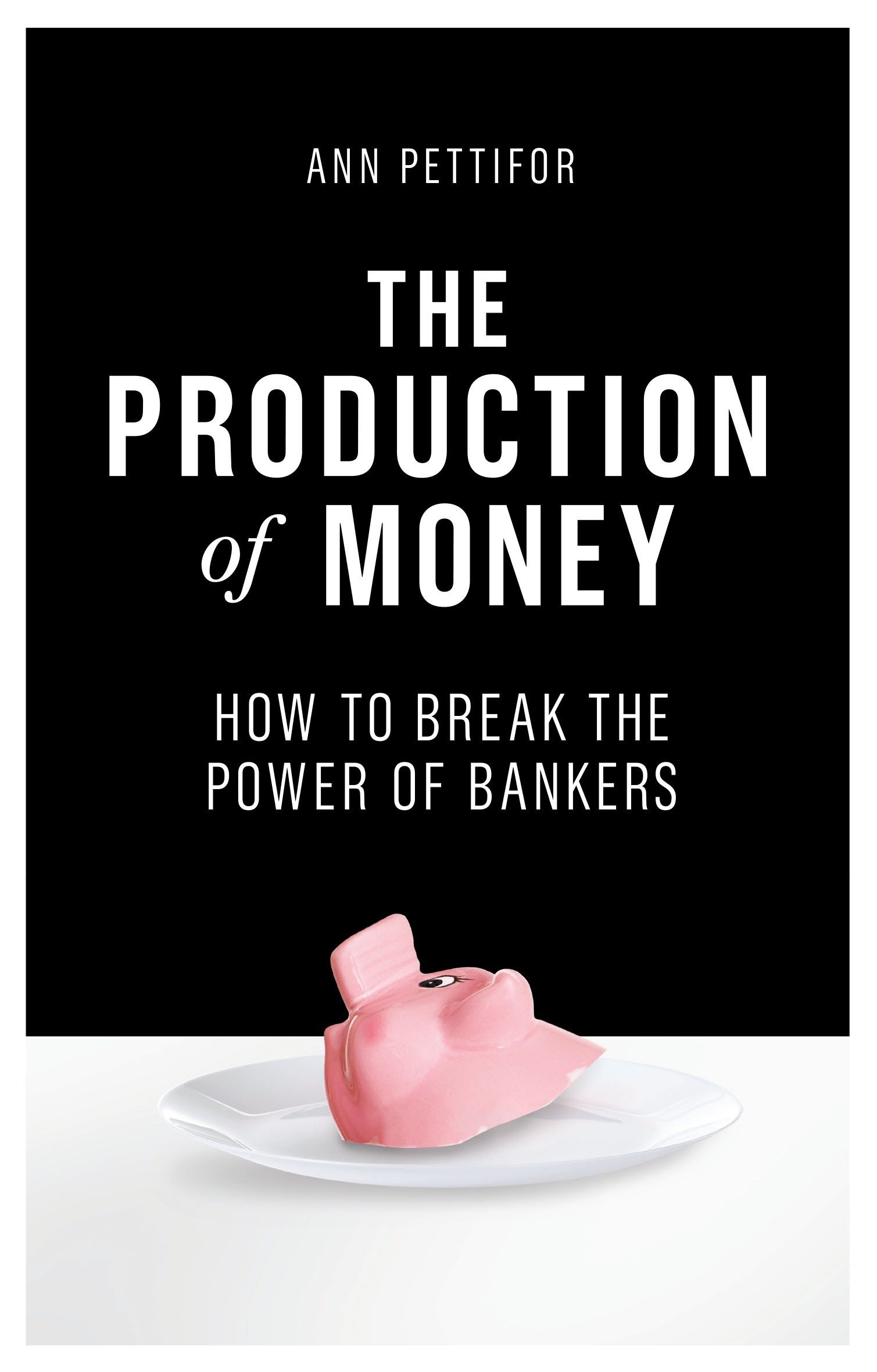 This is a short and unusual book, very down to earth, while aiming to provide a concise and coherent explanation of today’s complex global banking system. For political analysts, her comparative analysis of the UK’s many weird alternatives proposals for quantitative easing is particularly interesting – it seems that in the UK everyone would like a piece of the “free” money. And she manages to connect banking reform to global development, feminism and climate change!

Pettifor begins with this summary: “So what is to be done by the forces of good – progressive forces – to stabilise the global financial system and restore employment, political stability and social justice? First, we need wider public understanding of where money comes from and how the financial system operates. Second… channel the public anger generated by bankers and politicians into a progressive and positive alternative.” And … “For a regulatory democracy to manage a financial system in the interests of the population as a whole, and not just the mobile, globalised few, requires that offshore capital be brought back onshore by means of capital control.”

There’s no beating around the bush here: “The global finance sector today exercises extraordinary power over society and in particular over governments, industry and labour. Players in financial markets dominate economic policy-making, undermine democratic decision-making, and have helped financialise almost all sectors of the economy. The financial sector’s aim is not to minimise the cost of roads, electric power, transportation, water or education, but to maximise what can be charged as monopoly rent.” And that’s the real, hidden truth – see “The Finance Curse” review for more detail.

First, she traces the academic suppression of Keynesian economics by monetarist ideology through the funding of hundreds of think tanks, journals and junkets; their fixation on unrealistic competitive market modelling; then she puts the boot into the huge hole in their models, excluding the role of private credit as the dominant creator of new money.

This “power to create money ‘out of thin air’ should not be used for their own self-enrichment. Nor should banks use retail customer deposits or loans as collateral for the bank’s own borrowing and speculation. That much is common sense, and should inform a democratic society’s regulatory oversight of the banks.”

The Return Of The Robber Barons

Under Thatcher, credit creation in the UK was deregulated in 1971. The size and recipients of bank lending would now be determined by banks on the basis of cost, ie through capacity to pay higher interest rates. Loans would be granted to companies and individuals that could pay the highest rate, rather than those that fulfilled qualitative criteria like increasing productivity and enhancing the long term viability of a business. This change created huge debt flows to international speculation and national property booms; the UK money supply grew by 72% and interest rates peaked at 26.9%!

Unregulated bankers were now free to create easy credit, fuelling consumption and inflation, raising the share of high-risk assets held by banks, and incentivising hidden leverage (debt-to-asset ratios). The cost of UK debt remained high well into the 1980s, and this ongoing bubble of unregulated credit was the ultimate cause of the 2008 financial crisis. Credit-fuelled asset price inflation has also been a major contributor to rising inequality, since more assets are owned by rich.

“Low income countries have been encouraged to open up their capital and trade markets and invite in private wealth, but discouraged or blocked outright in their efforts to build sound public institutions and policies to manage their monetary and taxation systems. Above all, they have been discouraged from regulating the creation of credit at affordable rates of interest, or managing financial flows in and out of their economy.

As a result of the need to borrow in foreign currency, a poor country’s innovative sectors can be held back, unemployment and under-employment will remain high, and poverty can become entrenched. Monetary systems and financial markets have been cut loose from the ties that bind them to the real economy, and to society’s relationships, its values and needs. Yet it does not have to be this way.

This is largely because monetary systems have been captured by wealthy elites who, with the collusion of regulators and elected politicians, have undermined society’s democratic institutions and now govern the financial system in their own narrow and perverse interests…”

Money For Bailouts But Not For Social Services

The cry ‘there is no money’ for social projects is epidemic in the media today, yet central bankers found trillions to bail out the global banking system. Pettifor argues that many economists, as well as the public, confuse public and private debt. In times of economic weakness, public debt should be created to support public investment.

The value of money and the rate of interest are not set and simple – they are a social construct, and can rise or fall as trust in the system changes. From this starting point, Pettifor concludes that if well managed, there need never be a shortage of money for society’s most urgent projects (author’s italics) provided they are sustainable, income-generating projects and interest rates are managed to remain affordable. This was the successful Keynesian solution after the second world war which created a stable expansion right up to the 1970s war on unions.

Closing The Door On Speculative Capital

Pettifor argues for a financial transaction tax or Tobin tax to slow the international flows of short-term capital. Today’s rich-nation governments and institutions that oppose capital controls were often the beneficiaries of earlier controls on ‘hot money’ as they successfully pursued domestic economic development.

She also advocates managing exchange rates by buying and selling currency rather than by manipulating interest rates upwards to retain or attract foreign capital. An International Clearing Union was Keynes’ proposal – a solution would require much greater international cooperation than we currently see today.

Pettifor concludes that given the capitulation and collaboration of world leaders with finance, people need to take the lead and leaders will follow. She identifies feminists and environmentalists as key contributors to this revival because they have the most to gain; women, because they have been most affected by rising inequality and the decline of social services, and environmentalists because the deregulated expansion of credit, unthinking consumption and ever-rising greenhouse gases has pushed exploitation of our environment so far beyond sustainable limits.

And critically, we must also “build an alliance between labour and industry. The interests of both would be served by subordinating finance to its proper role as servant not master of the real, productive economy”, and “reinvigorate our political and democratic institutions because they are the vehicles by which society collectively and democratically agrees to legislative and regulatory change”.